It’s week 3 for our Green Box hunt, and this week we’re featuring designer Shy Creation, for the young, and the young a heart, Shy Creation jewelry is contemporary with a California twist. This award-winning brand has a style that is fun, young, and innovative and succeeds in reviving classics with playful, elegant designs. Brilliant diamonds and precious gemstones are hand-set in 14K yellow or white gold to create haute couture jewelry that feels as energetic and lively as the person wearing it. Shy Creation designs are one-of-a-kind, flawlessly handcrafted, and designed to celebrate the moments that matter to you. Make your own rules and express your individual brilliance. Shine bright and bold with Shy Creation. The box finder will receive a pair of 14K white gold diamond shaker hoop earrings with matching diamond by-the-inch bracelet at a total value of $2,630.

When pulling into the parking area at the old Graniteville Company, there's a green hummingbird ornament on a white post. If you look to the right and walk down the canal, you'll find the box. 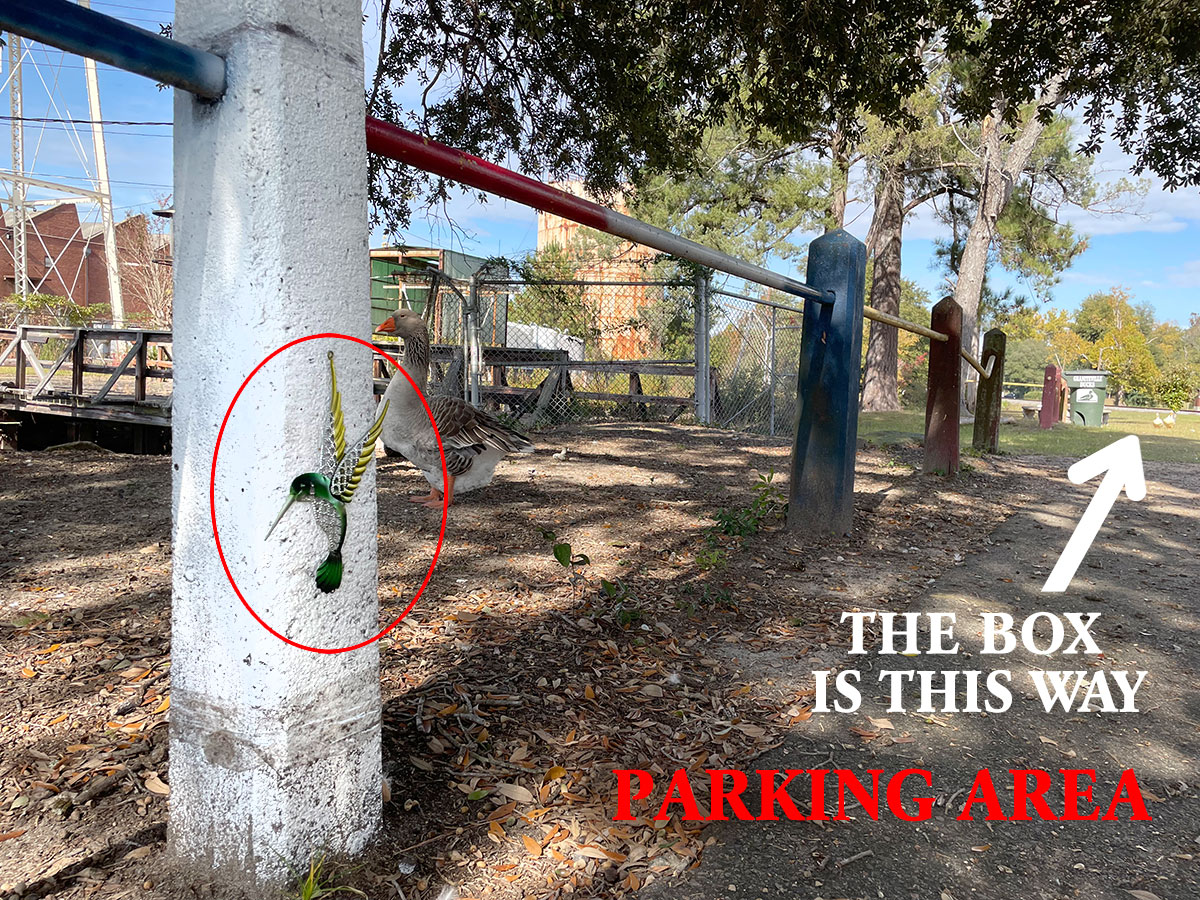 At the age of 4, William Gregg’s mother died, and he was then brought up by a woman who was his neighbor until he was around the age of 10.

According to the SC Encyclopedia, it was unusual in that the mill employed the labor of free white laborers, mostly women and teenaged children, at a time when most southern manufacturers used the labor of black slaves. In the years following the war, Graniteville Company pioneered the production of permanent-press textiles.

In September 1867, the dam at Graniteville broke and Gregg added his efforts to others standing in waist-deep water to repair the damage. He took ill as a result and died several days later on September 13, 1867.

#5 Clue, Tuesday Nov. 16th :: The secret was speed for that which was so desired.

Above all other interests, William Gregg enjoyed gardening. And as a very energetic man on the forefront of the Industrial Revolution, he approached gardening with the same enthusiasm as he did everything else in his life. In 1857, he planted 2,000 peach trees in front of his house on the 100 acres on which it stood. Gregg wanted his peach orchard to demonstrate the success that could be accomplished by South Carolina farmers, and soon he began shipping his fruit, each peach individually wrapped and packed, by night train from the nearby Kalmia Station. The peaches traveled to Charleston, where they were transferred to a steamer ship and taken directly to New York City. People there bought the fruit as soon as it arrived. Gregg’s Aiken-grown peaches had the reputation in New York as being the freshest peaches available. A mere three days elapsed between the time the peaches were picked off the tree in Aiken and when they could be eaten 800 miles away. Right before the start of the Civil War, Gregg planted 6,000 more peach trees on terraces that sloped to the east behind his house. Entries from his personal diary show that he mostly grew the Tillotson variety of peach. He also mentions that he “grafted Chinese peaches.” All told, Gregg had a combined orchard of 8,500 trees. He was the first commercial peach farmer in South Carolina, as well as the “Father of the Southern Textile Industry.”

#6 Clue, Wednesday Nov. 16th :: Leaving behind the mastery of time.

Prior to entering the textile business William Gregg had a career as watchmaker and jeweler. His uncle Jacob Gregg was also a watchmaker and had William as an apprentice at a young age.

#7 Clue, Thursday Nov. 17th :: Not far from a bench across from what was the largest in the South.

In December 1845, Gregg was able to convince the South Carolina legislature to charter the Graniteville Mill which became the South's largest and most well known cotton mill. The box was located on the canal down from the last bench. 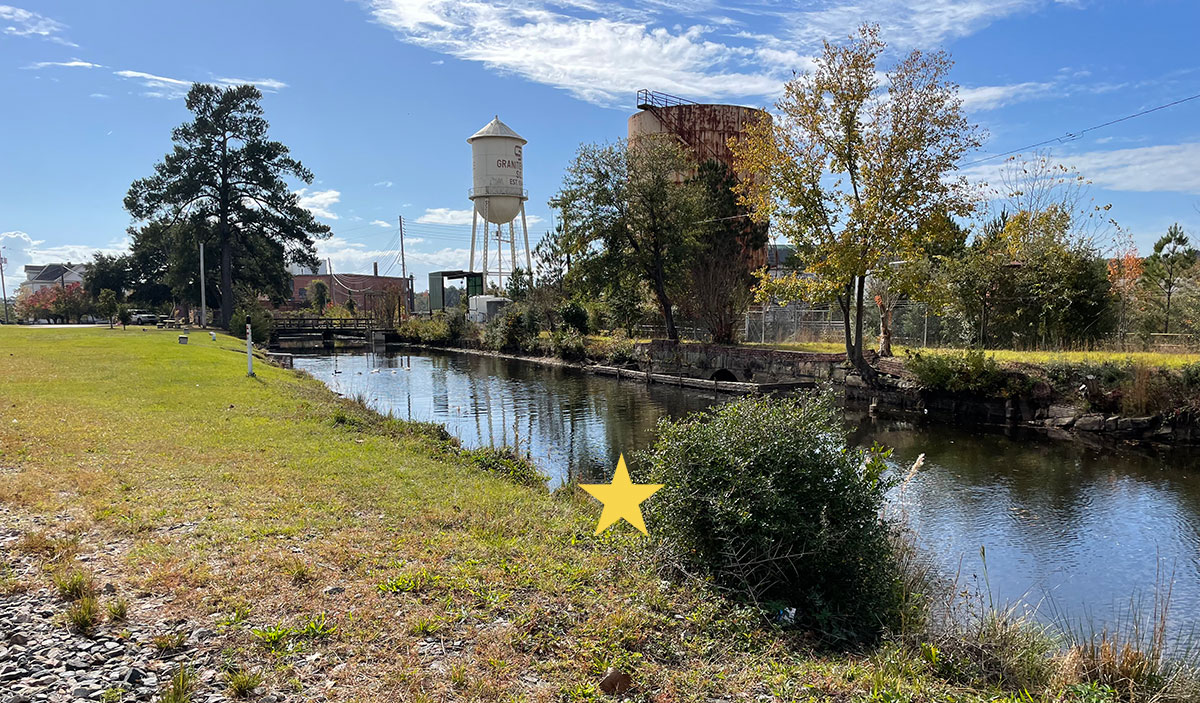 Also, if you want to learn more about the game or haven't signed up for the daily clue to be sent you, you may do so here. Please, note that only the first clue of the week will be posted on our social media. Visit Windsor Fine Jewelers today at 2635 Washington Rd, Augusta, GA 30904 or call us at (706) 738-7777
Posted in: Green Box Season 5
Categories
Recent Posts
Archives
Compare Products
Compare
Clear All
You have no items to compare.
My Wish List
Last Added Items
Go to Wish List
You have no items in your wish list.