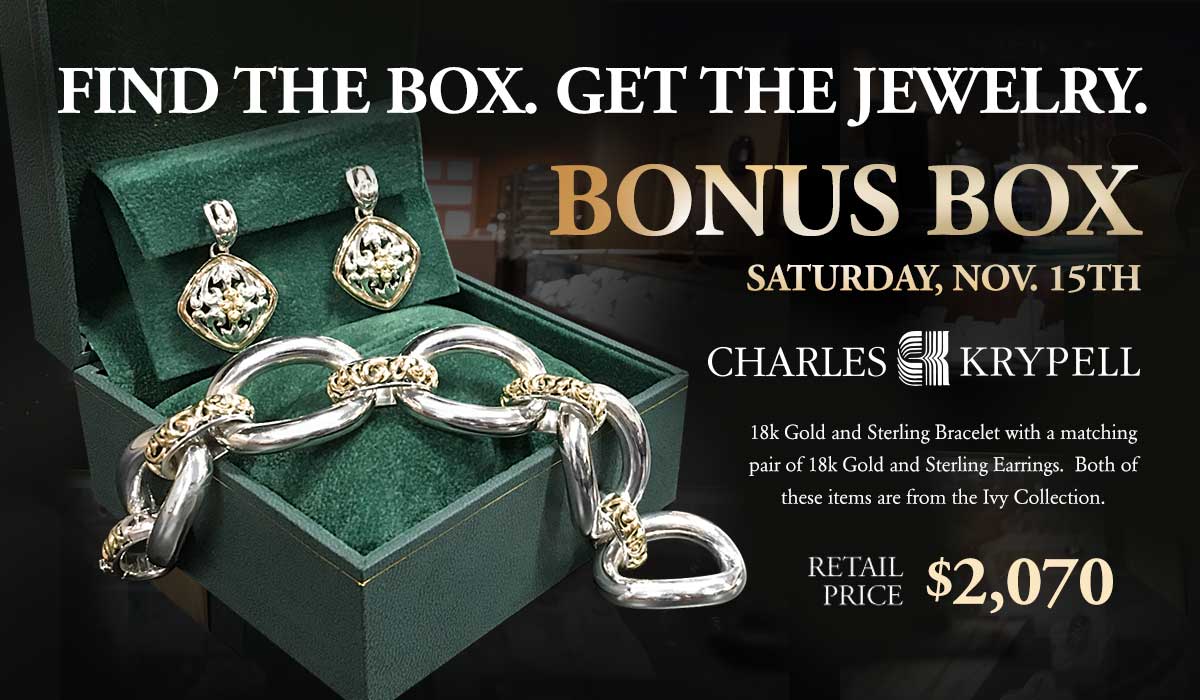 You guy's found a box in less than 24hrs, that means that there's been a bonus box placed out there.  We’re featuring designer Charles Krypell. Charles Krypell is based out of New York and is internationally known for his sophisticated design work and incredibly detailed fine jewelry. He and his family visit to Windsor every year to see us and bring wonderful collections for everyone to see.  It’s one thing to have quality jewelry, but our friendships with Krypell's take their creations to the next level.  The box finder will receive an 18k Gold and Sterling Bracelet with a matching pair of 18k Gold and Sterling Earrings. Both of these items are from the Ivy Collection.  The combination of these two items retail for $2070.

***UPDATE this box has been found
Found by Willie and Deb Latch from Augusta, GA

For the first quarter of the 20th century, what is now the Exchange Club Fairgrounds played host to Spring Training for several Major League teams, like the Brooklyn Dodgers, Detroit Tigers, Boston Braves, Boston Red Sox and New York Giants. But how did Augusta become a Spring Training destination? “This is where the railroad stopped and Florida had not been developed yet,” Murray said. “So Augusta was a great place for Spring Training.”

Branch Rickey is most famous for signing Jackie Robinson with the Brooklyn Dodgers, but years earlier he is on record as saying that Augusta’s Warren Park was the finest minor league park in America.

#3 Clue, Tuesday Nov. 17th :: The best opportunity to pull from life into death.

According to wikipedia, "The left fielder tends to receive more balls than the right fielder because right-handed hitters tend to "pull" the ball into left field." Pulled balls generally go further and can often lead to home runs. The best chance that right handed hitter could hit a ball into Magnolia Cemetery was to "pull" it over the fence in left field. A 1904 map shows Warren Park with a small grandstand and a small bleacher section. The 1923 map shows a much larger grandstand, with bleacher areas at both corners. The catcher faced SE in both configurations. The City cemetery (Magnolia Cemetery) was across 3rd Street from the park, and Hale Street Baptist Church separated the 3B line from 4th Street. 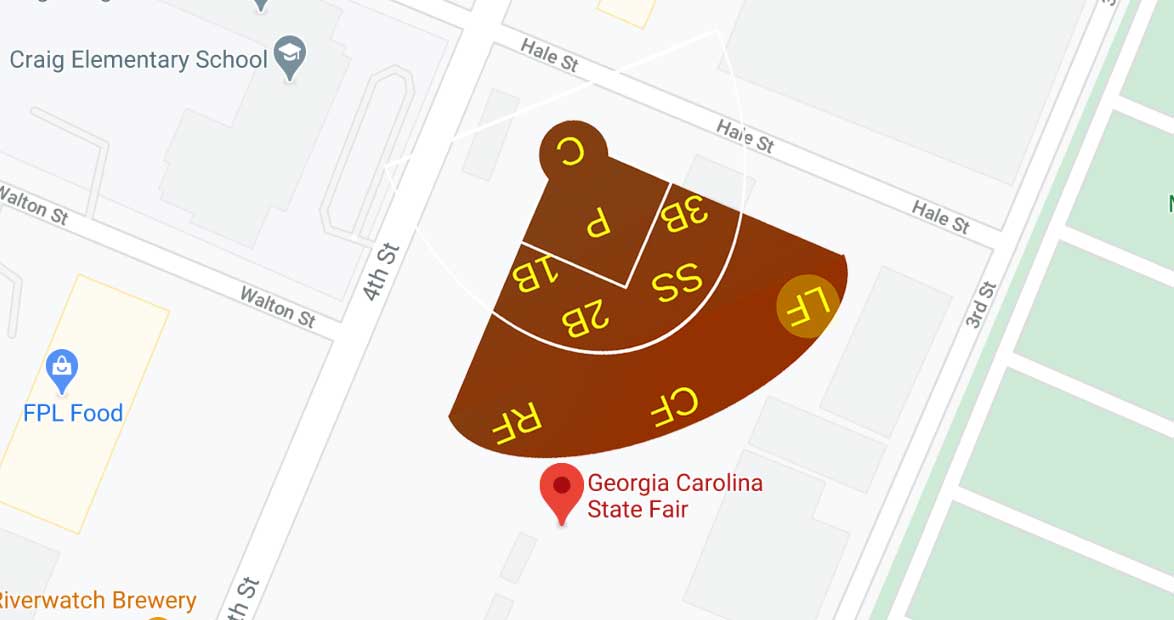 The fairgrounds brings laughter and happiness, just across the street is a cemetery which is associated with loss and sorrow. The box was located on the edge of 3rd street, which was divides the two.

#5 Clue, Thursday Nov. 19th :: They came here, because Florida was yet to be developed.